The Federal Highway Administration initially considered four general corridors for I-3, as shown on the map below, along with a number of short links between each of the main corridors. Below the map are text descriptions of each of the major corridors. 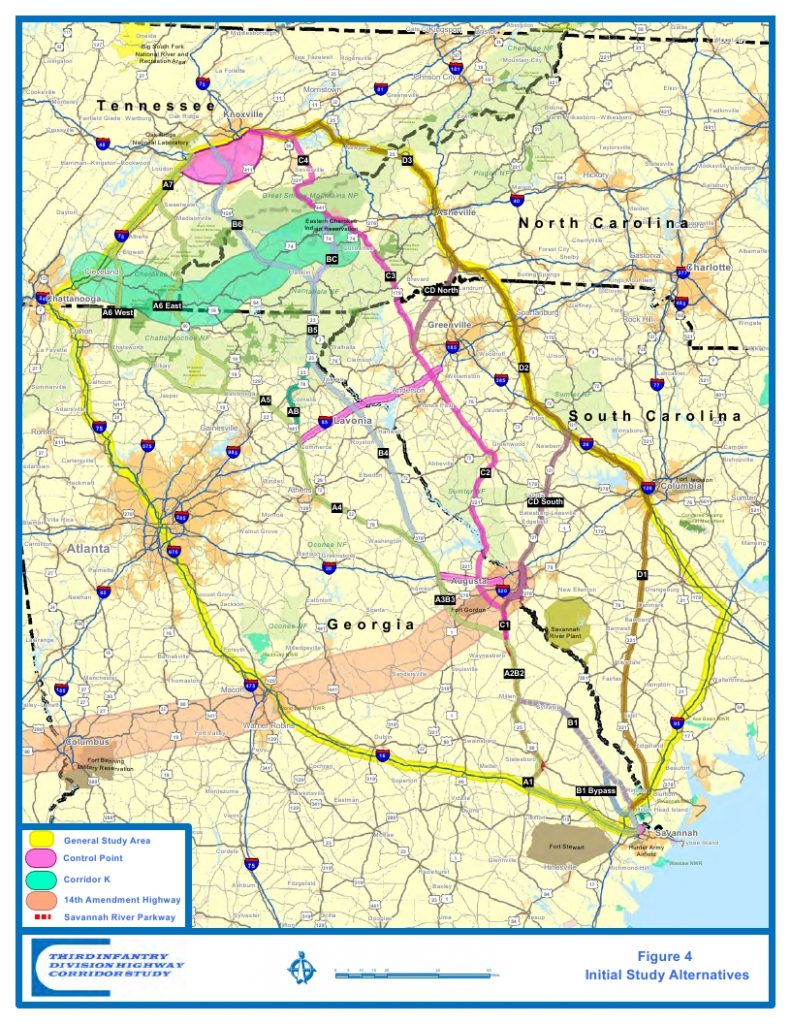