The Federal Highway Administration has narrowed its choice of potential routes for I-3 to two. On the map below, Corridor A, shown in deep blue, and Corridor B at the southern end, shown in deep purple, are the remaining routes under consideration.

Below the map are text descriptions of these corridors. 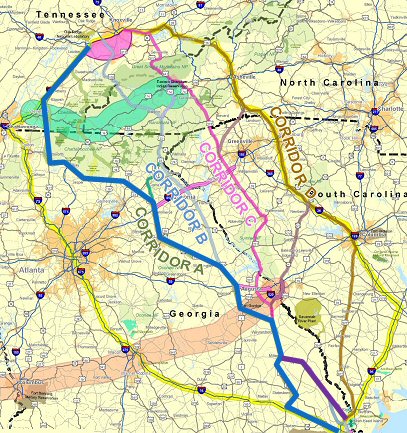